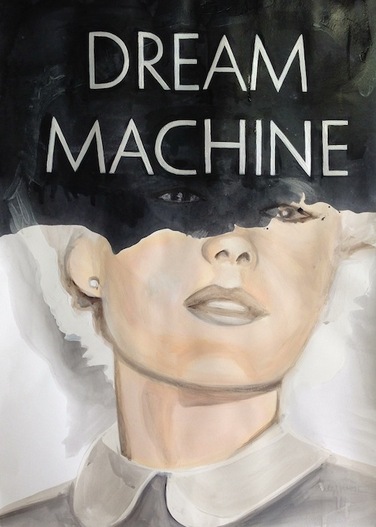 'Even though life isn’t black and white it often looks better that way.’ Barry Gifford

Behind every starry silver screen performance there is a real person who has been sucked into the machinery, restyled and re-presented in a recreated environment as the hero or villain of our dreams. Since the early 20th century Hollywood has transformed these mere mortals into gods, stripping them of their skeleton-laden identities and grinding them out as perfect, plastic covered, star shaped deities. This machine of dreams is of course a charade, and the cinema is a place where nothing is as it seems, a place where the real is always mingled with the imagined.

The Dream Machine is a group show of eleven artists who inspired by the recent renaissance of black and white at the cinema, mine the archives to juxtapose early film magic, glamorous imagery, PR driven myths and dreamlike stage sets with the downbeat behind-the-scenes construction and all-too-frequent real life tragedy that is the reality of Hollywood’s dream machine.